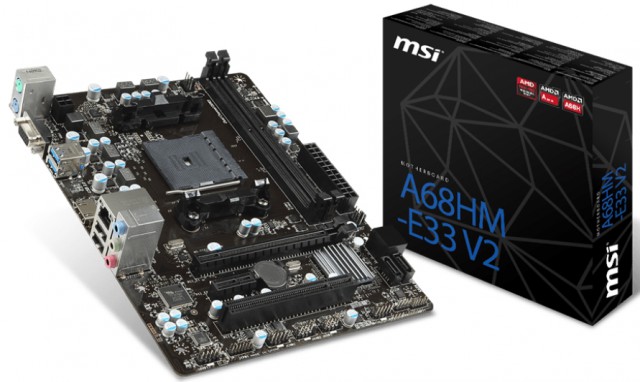 Would love any criticisms if either of you care to try it out some day! Glad the API has been good to work with, that makes me happy. Are you comfortable sharing it with everyone?

A few bugs and features later, and this is it. Correct nil check … committed 4 days ago I said I was done for the night, but I have no self control when it comes to side projects Finally after this, I published version 0. The gang at Larder told me the API limits folder requests to items per request, so I applied that in my code as soon as I got a chance to the next evening. Then I did lots of refactoring type things to make working in the project feel less-icky, starting with error messages.

Then I learned about the magic that is rubocop ,and I desperately questioned how I ever wrote large scale ruby projects without it. Nicest linter I've seen in MSI A88XM-E45 V2 Renesas USB 3.0 long time. My pet language, Druid, has a lot to learn from this for it's "friendly compiler" effort Most excitingly, I set up Travis CI! If you're not familiar with Travis, Travis CI is a super awesome and free continuous integration platform that integrates insanely well with GitHub and practically every popular language MSI A88XM-E45 V2 Renesas USB 3.0 software packaging platform like RubyGems. Perfect for running tests, linting, and deploying updates to your package automatically when you open a PR or tag a release!

The next day, October 26th 6 days straight working on Lard! I'm not a Ruby person, but I think the issue here was that its dependencies were not being installed when I installed the gem. Otherwise hope this helps you fix an issue. View on GitHub Woah, one of the two devs from Larder tried my project?

I was so embarrassed, but I was excited because he'd clearly found an issue that I could learn from! That's why I love open sourcing everything I do, because someone is bound to have a different experience, and I LOVE learning from these opportunities!

Right away, I had a theory: Will look into it tonight, thanks a bunch! In the mean time, if you'd like to keep toying with the app, you might be able to get away with this: I should do some very basic googling before responding to issues.

I decided to split the CLI from the lib so that the CLI is easier to work with and other packages can leverage lard programatically in the future. What I didn't know about this was how it could work simultaneously in production and development, though.

Since this is my first foray into publishing a Ruby Gem, I've never had to link libraries from the file system, I could always just say "Hey Gem, find that thing for me" and be on my way. I first kept require 'lard' in the code that would be deployed to production.

This works, because when someone runs gem install lard, Gem will know where lard is, so require 'lard' will resolve successfully. In development, though, lard is not installed, we just have its source files. So at the time, I would manually change this line to require '. This looks familiar to you if you know GCC, MSI A88XM-E45 V2 Renesas USB 3.0 here's how it works: Now, I can just run that command during development and be perfectly comfortable to not commit broken require statements.

At this point, the library was technically complete in everything I wanted it to do at a minimum to be a viable command line interface for Larder! PCB is characterized by dull coverage. The intensification of visual effects is achieved by gray and metallic components of the cooling system, as well as bright yellow stripes on the radiator plates. Such color combination adds refinement to the standard appearance of the motherboard.

CMT has MSI A88XM-E45 V2 Renesas USB 3.0 panels made of tempered glass designed to show off the system inside. The company also underlines the presence of four mm fans with full-color LED backlighting. The mounting of the fifth fan is provided. It is possible to install a radiator of the liquid cooling system on the front panel. In the case there are 3D-maps up to mm long. The maximum permissible height of the processor cooling system is mm.